3 Things Every Homeowner Should Know How to Do 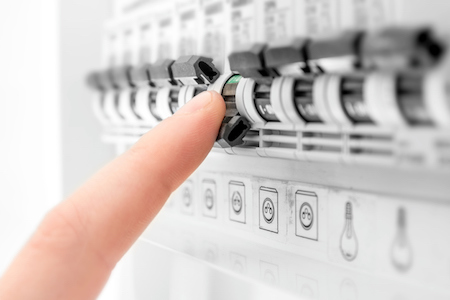 You don’t have to be a pro to tackle every home fix-it problem that arises. Home repair expert Bob Vila offers simple fixes for three very common household issues:

Unclogging a toilet. Sooner or later, every homeowner faces a clogged toilet. Be prepared by having a toilet plunger on hand. When the problem arises, be sure there’s enough water in the bowl to cover the rubber top of the plunger. If not, fill it to that point with water from the tub or faucet. Place the plunger over the drain in the bottom of the toilet. With a sharp downward thrust, the rubber cap will invert, forcing air into the drain. When released, the vacuum created will suck up air and water to loosen the blockage. Try that up to three or four times. If that doesn’t do it, try using a snake-like auger device, which threads through the drain via a crank handle.

Resetting a circuit breaker. Always have flashlights and batteries on hand. If the power goes out, check to see if your neighbor’s homes are affected too. If so, it’s a utility company issue and all you can do is report it. If yours is the only house affected, head to your circuit breaker panel or fuse box with a flashlight. See if one of the circuit breakers has tripped; it will be the one breaker pointing in the opposite direction or showing a visible red indicator—or both. Flip the switch and the power should return. If you have a fuse box, check for the blown fuse: the one that is blackened and darker than the others. Unscrew it and replace it with a new one.

Maintaining a fireplace. What’s better than a fireplace on a chilly evening? Not much. But you’ll need to make sure the flu and damper are in good working order, and that you know how to dispose of ashes safely. Brush the ash into the center of the hearth. Scoop it into a metal container with a lid and place it outside, away from the house and any combustible materials, such as leaves. Let the ashes sit for two weeks before disposing of them—or using them as fertilizer—and have your fireplace and chimney inspected by a pro once a year.